How Can I Improve Laptop Performance Without Upgrading It? 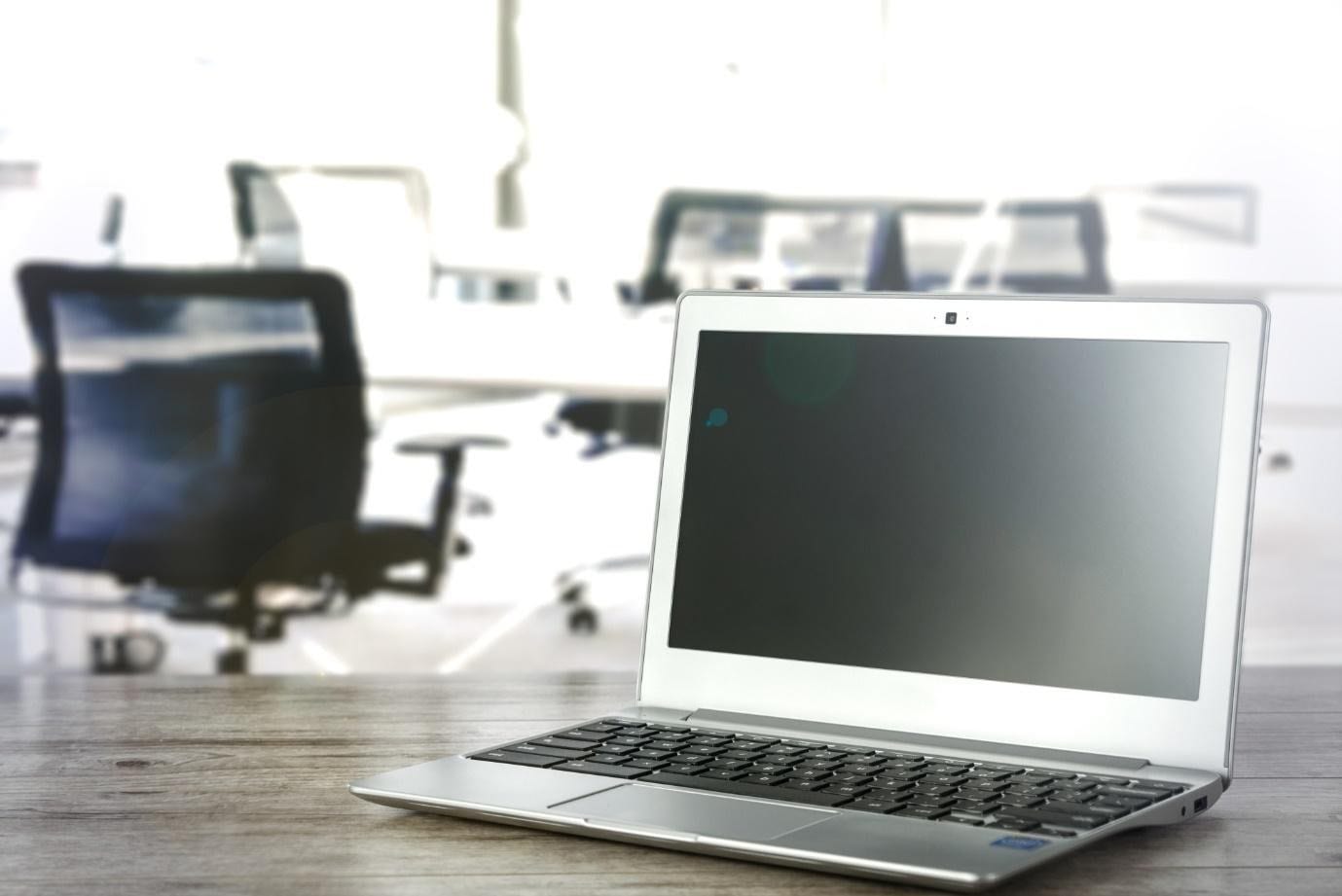 It varies from one brand to another but the average lifespan of a laptop computer is 3 to 5 years.

That doesn’t mean you’re forced to upgrade though. With a few simple laptop care strategies, you can wring more performance out of the laptop you’ve got so you don’t have to spend the money on a replacement as soon.

Let’s look at how to improve laptop performance.

This is the simplest tip but we put it first for a reason — restarting your PC will solve a lot of performance problems.

When a computer is running, it’s doing background work that uses memory and storage. Over time, this can clog up your RAM and storage space, slowing down the computer’s performance.

When you restart, the operating system flushes memory caches, cleans up temporary files on the hard drive, and generally resets everything. This brings it back to optimal health and usually helps speed things up.

Laptops are particularly prone to this problem since many users never shut them down. Instead, they close the lid and put them to sleep. When it wakes up, it picks up where you left off and never has a chance to reset things.

Many applications have background tasks that run all the time, even if you’re not using the software. Each of these “helper” apps takes up memory and processing time so having too many running will slow things down.

If you have software on your laptop that you never use, it’s a good idea to uninstall it. This not only frees up processing time, but it also creates more available space on your internal storage.

One particularly insidious type of software that’s on many laptops is what’s known as bloatware. This is software that gets installed by the laptop manufacturer at the factory.

Sometimes those apps are useful, like Office applications and antivirus software, but many of them are not helpful or not relevant to how you use your computer. For example, if your laptop came with a bunch of pre-installed games but you only use it for business purposes, those games are using up space and potentially slowing things down.

When you buy a new laptop, like one of these, it’s a good idea to go through the installed software and remove anything you’ll never use. But even if you’ve been using your computer for years already, it’s never too late to do a clean-up.

Your computer stores the operating system, applications, and data on a hard drive or SSD. But it also uses some of that space as temporary storage when its RAM is getting full.

This is known as paging. Operating systems like Windows and macOS do this in the background so it won’t be obvious to the user.

If your storage is full, or close to it, there may not be enough space for the OS to save that temporary data. This causes everything to slow to a crawl. To avoid this problem, you should always keep between 5 and 10 percent of your storage free.

Uninstalling the software that you don’t need helps with this but you may have data saved on your computer that you don’t need. Delete any old files or archive them to another device like an external hard drive or USB stick. You can also use cloud storage services like Google Drive and Dropbox for this purpose.

Get Rid of Duplicate Files

It’s a good idea to check for duplicate files as well. Sometimes you’ll end up with two copies of the same file that get saved in two different folders. That doubles the amount of storage used for no reason.

You can automate this process by using a duplicate file finder. It will scan your drive and identify any files that it finds more than one of.

It looks at the contents of the file so it’s more reliable at finding duplicates than eyeballing your files manually. Two files could have the same name but very different contents so looking for duplicates by filename isn’t an effective strategy.

There are two types of internal storage devices used in most computers:

Hard drives store your data on a spinning platter, similar to the way a CD works. SSD’s have no moving parts and work more like the RAM in your computer.

Hard drives are much slower than SSD drives because they need to move the read/write head across the platter. With an SSD, there are no moving parts that have to catch up.

Many laptops have upgradeable components, including the hard drive. Replacing a spinning hard disk with an SSD will give your laptop a big speed boost.

We already talked about how freeing up RAM helps improve your laptop’s performance but you can solve this problem another way as well — by adding more RAM.

Many laptops support RAM upgrades, either by replacing the existing RAM or adding more modules to open expansion slots.

RAM is the fastest type of memory in your computer so adding more means the OS doesn’t need to offload as much to temporary storage. This means everything runs faster as a result.

Run a Virus and Malware Scan

Viruses and malware have all kinds of bad side-effects like security risks and data loss. But aside from the threat to your information, they can impact your laptop’s performance.

Viruses and malware are really a type of software that runs in the background. And like any other software, they use memory and processing power, slowing your computer down.

If your laptop runs Windows 10, you have an antivirus and anti-malware tool called Microsoft Defender built-in. It runs automatically on a set schedule to look for any of these threats but you can run it manually anytime you wish.

If your computer is running slower than usual, it might be worth running a scan to check for any issues.

If your laptop has a hard disk for its internal storage, a problem known as fragmentation could be affecting its performance.

Because a hard drive uses a spinning platter, it gets the best performance if all the bits of information in a file get stored next to each other. If part of a file gets stored in one spot and part in a completely separate spot on the platter, the read/write head has to move back and forth to read everything.

This process is measured in milliseconds but those milliseconds add up to a noticeable decrease in performance.

Defragmenting your drive (known as defragging) rearranges the information so everything gets stored as efficiently as possible.

Note – this is only an issue on spinning hard disks. There’s no real benefit to defragging an SSD.

Update Your Operating System and Other Apps

Windows and macOS get updated regularly to add new features, patch bugs, and fix security holes. But those updates quite often improve performance as well.

The same thing applies to your applications as well. Updates often tweak the way the app does things to help it run faster.

Most operating systems and many apps let you turn on automatic updates so you’re always up-to-date with the latest version. If you’d rather have a little more input into the upgrade process and don’t want to turn on the automatic updates, make sure you check for new versions regularly.

Most updates include release notes that list all the changes and new features. Most companies are excited to tell their users when something will work faster so performance tweaks are usually mentioned in those notes.

Steps You Should Take If None of These Steps Help

If none of these steps help, it may be time to think about upgrading to a new laptop. If that’s the case, there are a few things you should do to prepare for the switch.

Clean Up Your Data

If you’ve had your laptop for a while, it’s probably got some apps and data on it that you don’t need. Why move that over to a brand new machine?

You should have done this as one of the steps we’ve already covered anyway but if you didn’t already look for unnecessary files and applications, do it before the next step.

The most important step is to back up all the data on your laptop. Having an up-to-date backup will let you move everything over to a new machine quickly and easily.

And let’s be honest, you should be doing this even if you’re not upgrading. If you don’t have a current backup, you could lose a lot of valuable information if your laptop has some kind of hardware failure.

How Much Can You Wring Out of Your Laptop Performance?

It’s always fun to buy a new computer but there’s a good chance you can wring some more laptop performance out of your current system by going through these steps.

If you can put off buying a new laptop for a bit longer, you’ll end up getting more bang for your buck when the time does come.

Be sure to check out the rest of our blog for more helpful tips and tricks for getting more out of your tech gear.

How to Open Google Chrome in safe mode

4 Things You Must Know Before Buying A Gaming Monitor