Poker: A Guide To A Game Of Strategy, Luck And Skill 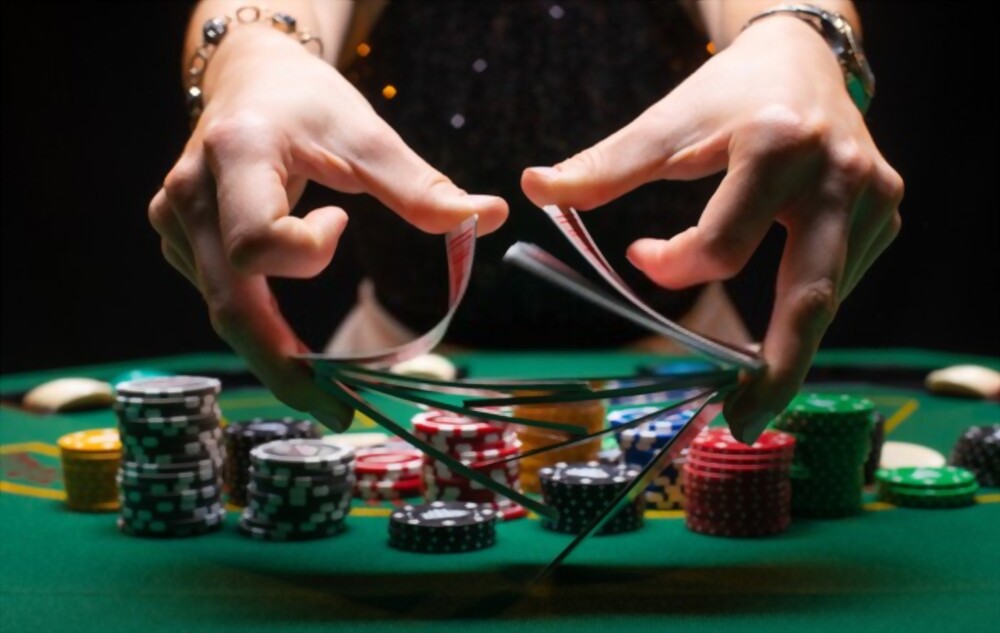 Playing a card game has become an integral part of many ages. You can spend some quality time having fun playing card games with your acquaintances. The spread of the recent pandemic has hampered social life across the globe. That has further increased people’s inclination towards card games in many folds. Though gatherings are not allowed anymore, thanks to the internet, you can enjoy online card games at the comfort of your home.

If a card game with obvious moves does not attract you and you want some involvement of your gray matter in the game, poker can be your choice. Poker is one such card game that demands good strategy, exceptional skills, and a bit of luck to win a game. The game’s popularity is increasing fast, and according to Forbes, online poker has a bright future ahead.

Playing poker can be the ultimate fun when you win games frequently. However, you need to know all the poker game rules to achieve that. Unless you are aware of the game’s rules, you cannot win a game. This article shall guide you about the rules associated with poker to help you play the game.

There are many variations of poker that have been played widely. However, before diving into that, you need to know the following rules of the game,

Blind is the forced round of betting. You need to bet on either holding the short blind or big blind position. Each round starts with the player holding the big blind position. That player is the one who is at the immediate left position to the small blind. The dealer is the dedicated person with a button who controls all the deals. The small blind player is at the left of the dealer’s button.

The obligatory bets of the game are known as Antes. They should either be played by the big blind player or each player participating, depending on the variation of the game.

The First Betting Round

This betting round takes place before the flop. The round is initiated by the player positioned at the immediate left of the big blind. The player can sum, raise, or fold depending on the cards.

The fourth community card is dealt once the betting in the flop round is over. This round is known as “The Turn” or “Fourth Street.” The active players perform during this round to form the best five-card combination. They need to accomplish that using two hole cards and four community cards.

Another betting round is initiated by the small blind player and moves in a clockwise direction further. The round ends when all players have placed their betting.

The River and Showdown

The fifth and last community card is called “The River” or the “The Fifth Street.” The final round of betting takes place during this round. In the case of a ‘Showdown,’ the player needs to show their hands. The action starts with the player who has placed the last bet. That player is known as “The Last Aggressor.” The player holding the best five-card combination wins the pot. The hand completes here, and you can start the next round.

As poker is a card game, the winning chances primarily depend on the combination of cards you receive in hand. Hence, it is essential to know the “Hand Rankings” to get an idea of the hand you have received. Following are the rankings from the highest to the lowest manner,

Straight Flush: Five cards of the same suit in a sequence.

Four of a kind: Four cards of the same rank but different suits with any fifth card.

Full House: Three cards of the same rank but different suits with a pair.

Flush: Any five cards of the same suit and not in a sequence.

Straight: Five cards of different suits in a sequence.

Three of a kind: Three cards of the same rank and different suits with any two other cards.

Two pairs: Two different pairs and any one card.

Pair: Two cards of the same rank and three other cards.

High Card: None of the above combinations.

There are many variations of poker available online. You can choose any of them and become a specialist. You can then try out other variations. However, you can also practice playing more than one variation at a time. Following are the most popular variations that marginally differ from each other, and each of them allows different rules of play.

Texas Holdém: The usual play structure uses two blinds. However, it is also possible to play this variation using one blind, an ante, multiple blinds, or a combination of blind and ante.

Omaha: Each player starts to deal with four hole cards in this variation instead of two as in Hold ’em.

Mississippi stud: The hand with the best five-card combination out of seven cards wins the pot in this variation.

Razz: All Seven-Card stud rules apply on Razz, except the lowest hand wins the pot.

However, there are even other variations like Omaha Hi/Lo, Short Deck Hold ’em, 2-7 Triple Draw, Pineapple, Lowball, Badugi, and a few that are widely popular.

If you know all the poker rules, playing the game online can add the ultimate fun and thrill to your life. Once you start winning, you will forget about all the monotone of lockdown and working from home.

Top Strategies To Grow Your Money

5 Steps to Take After Your Car Accident in Missouri