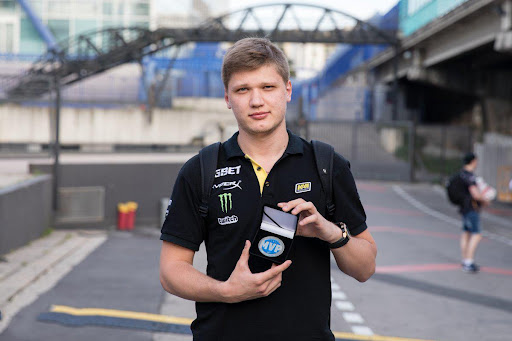 In the 21st century, Counter-Strike tournaments have become not only interesting for fans but also highly paid for professional gamers. One of the best players in the history of CS GO is Alexander “s1mple” Kostylev, who managed to win many awards, both personal and team ones.

His career began in 2013 back with CS1.6, but it was not so well and brightly. Kostylev changed 3 teams (Lan Dodgers, A-Gaming, and Courage Gaming) and didn’t particularly stand out. A year later, he used cheats, for which he was banned by ESL until 2016. But at that time, “s1mple” had already switched to CS:GO, but Valve didn’t change the disqualification. It was at that time that Kostylev took a break and began to think about his future. At the same time, Alexander didn’t stop training, which helped to join Team Liquid after the end of the ban. The team has been following the promising gamer for a long time. At the same time, “s1mple” mastered Dota2 — according to Kostylev himself, he still plays it, but only for fun.

Alexander didn’t play for Team Liquid for a long time, because in April 2016 he received an excellent offer from his homeland and the team that he had dreamed of since childhood. NAVI made the transfer of “s1mple” hoping to replace Daniil “Zeus” Teslenko. Kostylev understood that he got a great responsibility, he stopped playing Dota 2 and other games, focusing solely on CS:GO. Things didn’t work out right away, and in 2018 Alexander could even move to SK, but NAVI demanded a million dollars for him, and the parties didn’t come to an agreement.

Watch NAVI and other CS:GO games on the Wewatch website

“S1mple”’s level of play increased every month, which led to the victory of the first serious individual award — the best world player according to HLTV. On the wewatch.gg website, you can watch NAVI and many other CS:GO or Dota2 teams in the best quality and completely free of charge.

After that, everything went better for Kostylev and his team, which is proved by the following achievements:

Starting from 2020, “s1mple” actively helped NAVI with his sniper abilities. The next year became a landmark one, because the team finally won the major. For Kostylev, this trophy was also the first but most likely not the last. On the Wewatch portal, every esports fan will find a lot of interesting information about various gamers and teams of CS:GO and Dota2. All information is publicly available and is constantly updated.