unsecapp.exe on Windows – What is it? Is it Safe? 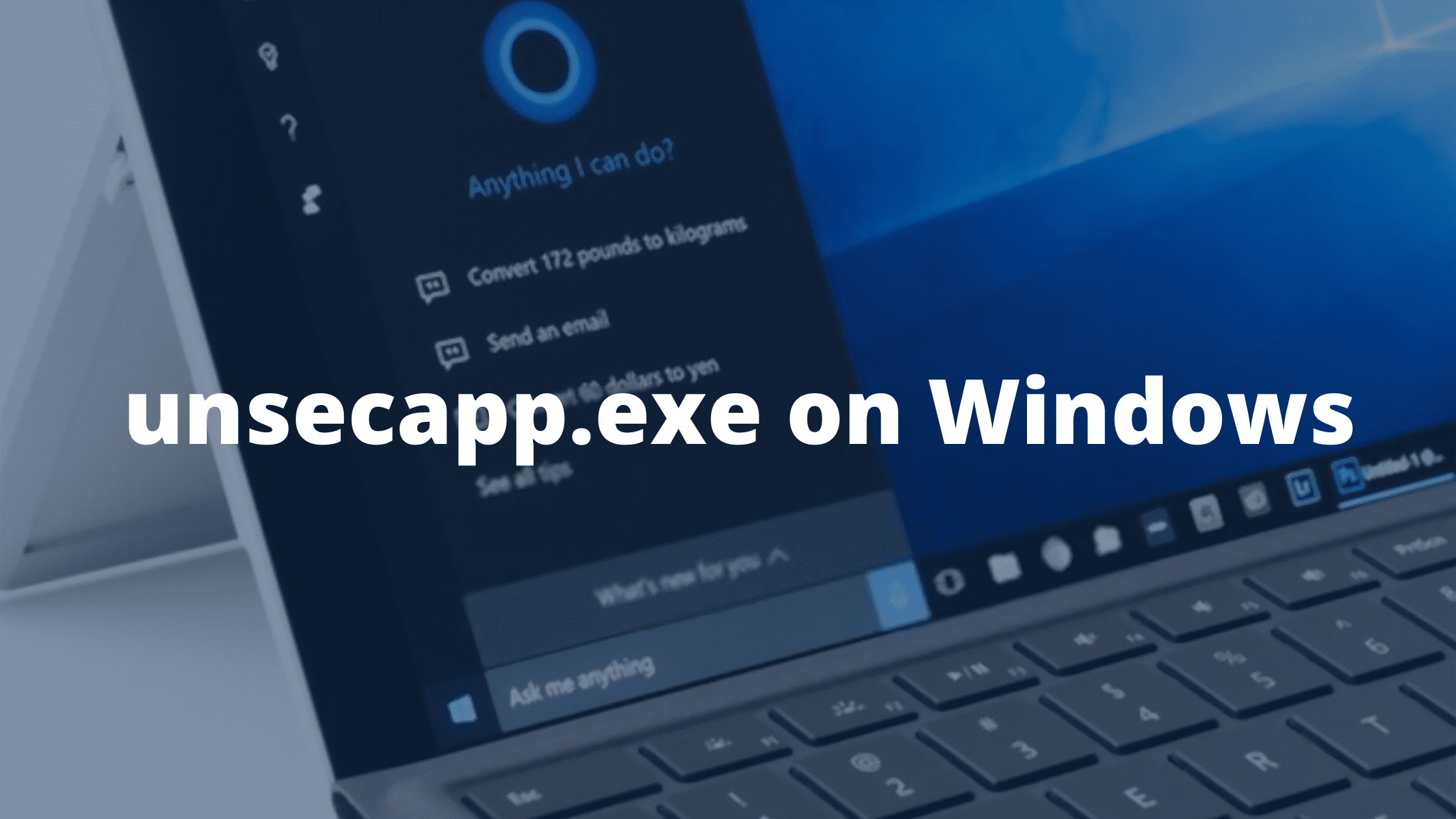 Unsecapp.exe is a part of the Windows operating system and serves the Windows Management Instrumentation (WMI) System. It is used to run programs that use WMI Programming. The file is a genuine Windows Component and is one of the several processing running in the background on the Operating System.

Windows is known to be the widely used Operating System with uses across offices, Schools, Libraries, Retail stores, Banks, and even Personal Computers at our home. We are already very much familiar with the operating system and its User interface, this makes windows known as easy to use Operating system even in 2020. However, Windows is also known to have a lot of background activities running. One such activity is Unsecapp.exe, This article will help you to understand the meaning and importance of these processes. Windows runs smoothly because of the millions of lines of codes spread across various processes, drivers, programs, and system apps. These processes and programs are known to support the background activities and prevent your computer from freezing, Shutting down without warning, or even from exiting apps. These processes also help your PC to share resources with other Third-Party Apps.

Unsecapp.exe is one such Windows process that is a part of the Sink to receive asynchronous callbacks for WMI client application or Windows Management Instrumentation (WMI) subsystem which belongs to Microsoft Corporation. It is considered to be the core component of the operating system and it is responsible for synchronizing information between a remote computer and your system.

Work of Unsecapp.exe process in Windows 10

Tips In Using Venn Diagram And T-Chart For Your PowerPoint…

It is a part of the Dynamic Link Library files on Windows Framework which is known as Sink to receive asynchronous callbacks for WMI client application. Windows Operating system, as well as third-party Antivirus programs like Avast, AVG, and others, are dependent on the Unsecapp.exe process to send back results to the client that may not have the permission to be a DCOM service.

Is Unsecapp.exe Safe to use on Windows?

Windows has already said that the Unsecapp process is completely safe to have on your Computer. This process is a core component of the Operating system developed by the Mircosoft Corporation. This is the main reason, the Antivirus apps do not show this file as malware or Virus. However, there are chances that some Virus might hide under this program and prevent to be a genuine one.

You can go to the folder location of the Unsecapp.exe program and scan the folder using any Antivirus Application to check if the file contains any harmful program. However, if the antivirus software fails to detect any threat, the file is totally safe to have on your system.

How to Remove/Disable Unsecapp.exe on Windows?

Unfortunately, due to its nature and importance in the Operating system, It is not possible to remove the real unsecapp.exe program from your Windows 10 computer. It is just another Windows program that is a part of the Windows Management instruction. Though, you can stop the program from running in the background, this way, if you are experiencing any problem such as Computer overheating or High CPU Usage, disabling the program will help you to solve this.

Here are the steps to stop unsecapp.exe from running in the background on Windows 10.

Step 1: Press “CTRL+SHIFT+DELETE” on your computer and select the last option that says “Task Manager”.

Step 2: Look for the unsecapp.exe program and click on it.

Step 3: Click the End Task button appearing on the Task manager screen and exit the window.

Step 4: Congratulations, You have successfully stopped unsecapp.exe on your system. The program will be temporarily disabled on your computer.

It is always important to know the type of file running on your computer. Most of the files running in the background on the Windows OS are system-specific files and they are known to carry out different tasks within the Operating System.

If you still have any questions regarding the unsecapp.exe program then let us know by commenting below.

How COVID-19 Influenced the Rise in Malware Attacks in 2020

How to Use Your Laptop 100%: Five Life Hacks Every Gamer Needs to Know