Investing in virtual items: is it worth it? 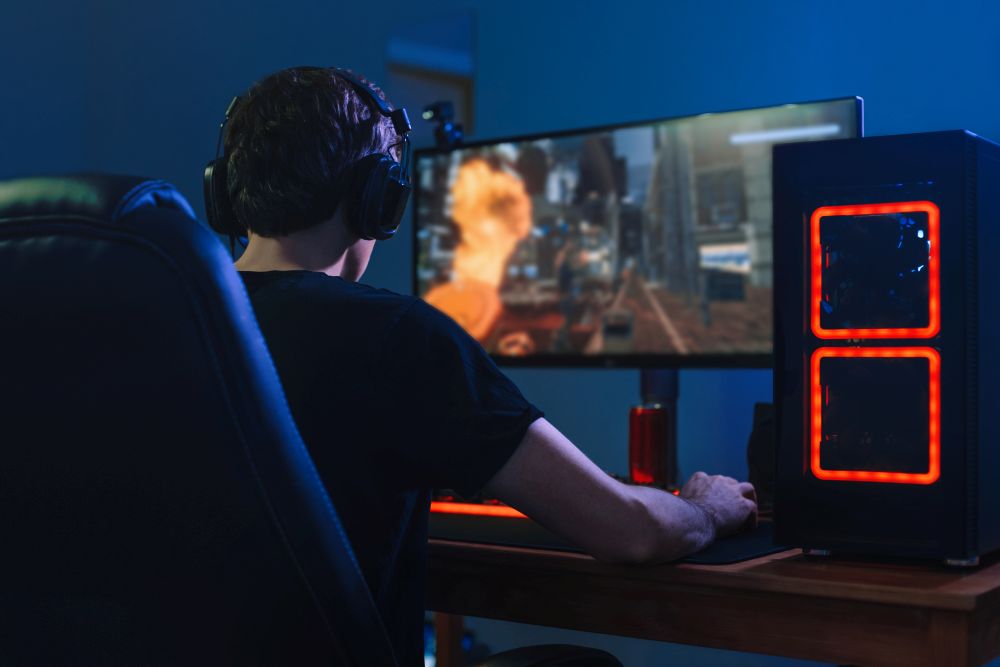 While traversing the Internet, you’ve certainly had the opportunity to come across online ads offering you vast amounts of money for working from home. What if there really is such a possibility and one that does not involve giving your personal information to scammers from the other side of the world? Many people have already abandoned their daily jobs to devote themselves to trading virtual items, but does such an investment pay off?

As it turns out, for some people it does. In 2010, Jon Jacobs – an actor who struggled to make ends meet, sold a virtual nightclub in the game Entropia Universe for a whopping $635,000. To this day, he makes thousands of dollars a month only from his virtual game assets alone. Another example is Ethan Gawronski, who created a game for Roblox that earns him around $50,000 per month from selling in-game items such as weapons and outfits.

Earning such exorbitant sums is only possible due to the changing landscape of online video games. MMOs and other genres that allowed playing online have existed for quite a while, but there was a point in time when only the developers could make a profit off them. With the growing complexity of in-game marketplaces and advancements in technology that allow gamers to create content without specialized coding knowledge, every game enthusiast can make a quick buck using in-game mechanics. Some of them take it to the extreme and commit to trading and creating virtual assets full-time.

Since the release of World of Warcraft in 2004, the virtual item sales market grew exponentially and is predicted to reach 129 billion USD in 2021. This sector of the virtual economy is based primarily on global gaming platforms that allow players from all around the world to enjoy various game-related activities. Besides obvious entertainment and social interaction, players can use internal markets to create or trade virtual items for profit.

It isn’t easy to list all the possible content that can be bought and sold in virtual marketplaces. Generally, virtual items such as skins, playable characters, virtual real estate, and in-game currencies contribute to the majority of goods that circulate in such markets.

Some players of Counter Strike Global Offensive buy skins on virtual markets such as Skinwallet. Animal Crossing fans can immediately get their in-game pockets full by spending only a couple of dollars on eBay and saving themselves hours or days of mindless grinding. If you prefer sim-like games, you can become an owner of your private virtual property in Second Life or Entropia Universe.

How to make money on virtual items?

Before you decide what kind of virtual goods you want to make money off, you should research what games have a market mechanic you can use to your advantage. It is also better if you choose a game you’re already playing or have some knowledge of. This way, you will save time on getting acquainted with the market mechanics of a specific title. It’s also best if you enjoy the game – you don’t want to spend days, weeks, or even months grinding for items in a game that doesn’t give you at least a little bit of pleasure.

The rules of virtual marketplaces are not that different from real-world market mechanics. If an item is rare – naturally, its price grows. If acquiring an item or in-game currency requires time and effort, there will be those who would rather quickly spend some cash and enjoy an afternoon with their newfound thousands in virtual gold coins or overpowered weapons they can flaunt. Sometimes, it just boils down to personal preference or a passing fad.

Regardless of what kind of virtual items you wish to make money off, the premise is usually simple: buy cheap and sell dear. Whether you want to spend time grinding for rare drops, creating your own content, or just looking for cheap skins to sell at a higher price later, make sure the time and effort you put in will compensate you, especially if you are planning on dropping your day job.

Your guide to Blackjack terminology

10 Things You Need To Know About Wedding Loans