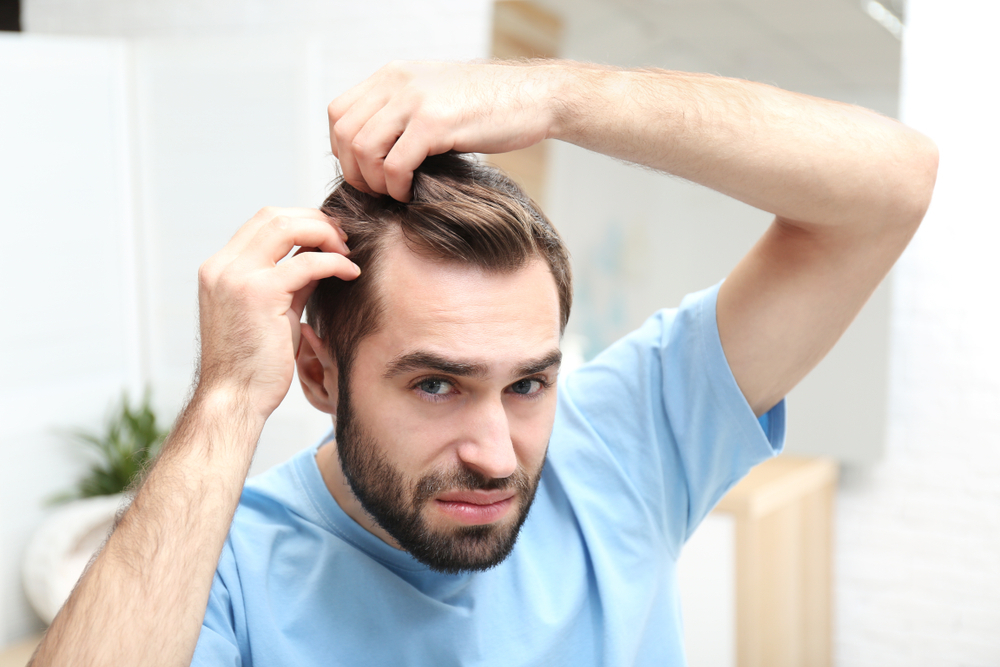 Whether you’re currently going through male pattern baldness, or are wanting to know about hair loss, you’ve probably already heard and read a slew of information regarding what this condition is. Only, a ton of data about balding are, in truth, unscientific and are mere “old wive’s tales”.

Therefore, find out what some prevalent myths are right here, and read more on male pattern baldness at this website.

The word through the grapevine states that shampoos are what causes male pattern baldness. It seems that the explanation behind this is how said products are generally made up of chemicals and/ or synthetic compounds. So chemically manufactured products (or at least, if the larger percentage of products are synthetic) are the culprit, right?

No. Do not follow those who’ve gone “shampoo-free” for fear of losing their hair. Literally. Shampoos have components that clear your hair and scalp of dirt and accumulated oil. Plus, it keeps your locks smelling fresh!

Your scalp secretes sebum daily. And unattended sebum build-up will leave your head not only super oily but prone to scalp irritations like pimples (yes, they can appear on your head, too, because oil can clog scalp pores), irritation and rashes, to dandruff. Hence, don’t throw away your favorite shampoo.

Baldness Is A Must For The Elderly

There’s a belief that has been passed on from generation to generation that growing old will always lead to male pattern baldness. That as men age, they enter into a phase of hair loss that’s, in a word, inevitable for everybody.

This isn’t entirely true. Not in absoluteness, that is. Yes, age plays a major role in male pattern baldness. In fact, a large percentage of men across the globe will start to see their hair strands thin out by the time they reach 70 years of age, on average.

However, not ALL men lose their hair by a certain elderly age. Many age with a very full and thick set of hair. At the same time, there are cases where men discover that their hair follicles have gotten stronger and thicker the older they’ve become!

The proper statement to make is that male pattern baldness may be an effect of aging and that its scope varies from one person to the next. Although the larger majority will undergo some sort of a hair loss phase one way or another, hair loss speed and type is quite diverse.

This means that some might only see a hint of a receding hairline, while others will reach a point of complete baldness. It’s different for everyone.

Hair Loss Is Inherited ONLY From Your Father

…and his father before, so on and so forth. Not at all. It’s true that balding is more obvious in men since it isn’t so evident on women who grow long locks. The length of women’s hair strands (for those who grow them long) acts as a “cover-up” of balding spots on the scalp.

Be that as it may, it can be passed on via genetics from either side of your parenting lineage.

No To Hats And Turbans

Another myth that’s made it on this list— hats and turbans or the consistent and constant use of them cause hair loss. We’re here to assure you that these claims have no scientific backing whatsoever.

This goes for men who live within cultures that encourage the wearing of hair and head coverings. Studies have been made regarding hair loss in these cultures and there is no link between their practices and losing hair. You can keep putting that headgear on without worries.

Top 3 Tips on How to Solve Math Problems

How Gaming can affect your Mental Health

A Detailed Guide to Buying Maternity Insurance for To-Be Parents