How to Fix "Sedlauncher.exe" High Disk Usage on Windows 10 Computers

sedlauncher.exe is a part of the Windows Operating System update patch and can sometimes cause the issue of High Disk CPU Usage. Windows Update is a service offered by Microsoft on all the latest operating systems to improve the speed and performance of the Windows update service component in your system.
Sometimes it might get really frustrating to keep getting a “High CPU Usage” warning on your computer because of Sedlauncher. Windows update service is used to keep all the apps and other operating system related files updated. The element is specially designed with speed and performance optimization in mind, However, according to some recent users, the file is causing “High CPU Usage” and consumes all your RAM which might result in low performance of your Computer and sometimes freeze other apps as Sedlauncher might occupy a large amount of disk space. In this article, we are going to tell you how to fix this sedlauncher.exe High CPU Usage problem.

The Sedlauncher.exe is a part of the “Windows 10 Update KB4023057” file which is designed to improve the speed and performance of the windows Update Service Component and is essential in order to download your updates quickly. The Sedlauncer.exe file is located at C:\Program Files\rempl\
Many users have reported that they saw a file named “Windows Remediation Service” when checked Task Manager for CPU Usage and this one process was consuming up to 80% of the Disk space on the Windows 10 System. Many Users also flagged it as a Virus file but it has Windows Digital Signature on it and Microsoft has also confirmed that it is a file from their System Update package.
Problem with Sedlauncher file is that it works even when the update is not available resulting in high CPU Usage and low disk memory allocation to other apps.
Common Processes created by “Sedlauncher.exe” or by “Windows Remediation Service” are :

All these Windows Exe files are also available in C:\Program Files\rempl\folder

How to Solve the Sedlauncher.exe High Disk Usage Issue on Windows 10

As we told earlier, The Sedlauncher.exe file is part of the Windows Update Service and is an essential part of it as it helps in improving the speed of the update process and Deleting or removing it is not an option but you can Temporarily  Disable the file and solve High CPU Usage problem.

The most common and simple method to disable a process is doing it from Task Manager. You can find all the processes and services running on your system in Task Manager. To disable sedlauncher.exe follow the below steps:
Go to your windows search box and type “Task Manager” or Hold Win + R to open Run, type “taskmgr” into Run Text box and Enter to open Task Manager.
Scroll Down till you find the “Windows Remediation Service”.
Now Close the running Windows Remediation Service program by Right-clicking and selecting “End Task” option.
For the changes to affect you need to Restart the Computer.
Once the computer is turned on again, the processes such as sedsvc.exe, osrrb.exe, remsh.exe, WaaSMedic.exe, sedlauncher.exe, rempl.exe, disktoast.exe will get disabled and you will see performance enhancement in your Computer System.

An alternate method is to disabling Services files using the Windows Service Management tool. For doing this you will have to find the “Windows Remediation Service” in the service utility and make some changes.
Follow the given instructions to apply this method.
Go to your Windows search box and type “Run” or Hold  Win + R to open "Run".
Type “Services.msc” in the Run input box and press Enter.
Now look for “Windows Remediation Service” by scrolling down a little.
Right-click on it and select properties, A new New window will open.
Go to the General tab look for Startup Type.
Now from the dropdown list given besides Startup Type and select “Disabled” from the list.
Click on the Apply button and restart your computer system.

You can also block the Sedlauncher.exe by disabling its internet connection. When you disable the internet connection for this EXE file, It won’t be able to consume High Space on your CPU. You can do this by using any third-party antivirus program or by using the Windows Firewall feature.

As said the Sedlauncer.exe file is part of the Microsoft Update Services and not an actual virus file. The above-given methods will work for everyone for solving High CPU Usage on Windows 10. It is always advised to have Antivirus software on your computer to deal with viruses or for internet security.
Also Read:
Bored of Snapchat? Try Some of Its Unique Snapchat Alternatives
Set Custom Status Discord | Change Status on Discord
Best Xbox Emulator For Android [Play Xbox games on Android Mobile]
Avast UI Failed to load : avast AV service is not responding [FIXED]

Why Smart Homes Need a VPN?

The development in technology has made human efforts less, this is applicable for the home systems also. But the security of the...
Read more

Payroll in Turkey: Why choose to expand onto the Turkish market?

Putting employees – foreign or local – on the payroll in Turkey is a big decision for any investor. The country provides a number of benefits for Western...
Read more

How To Find Perfect Services For SEO Sunshine Coast?

The term SEO in marketing stands for Search Engine Optimisation. It is a process that helps a website improve the ways of...
Read more

Google Chrome Helper (Renderer) /(CPU) – How to Disable it

Google Chrome is known for its performance and fast connectivity to the internet, But it is also known for slowing down your...
Read more

Have a new family just shifted in your neighborhood, and you are a bit skeptical about them? What comes next in your...
Read more 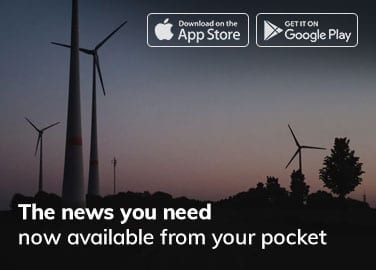 Are you seeing "The file is too Large for the destination file system" Message on your Computer Screen? This problem generally occurs...
Read more
PC

How to Fix There was a problem resetting your PC

Whenever something goes wrong while you are trying to reboot your System or if the Windows Automatic Repair Tool fails to detect...
Read more
Gaming

Solved: A Ubisoft service is currently unavailable on Windows 10

The "A Ubisoft service is currently unavailable" error is shown to the user when Uplay is unable to launch a Ubisoft. This...
Read more
Business

How To Send A Fax To A Wireless Device | Small Business

If you are having any trouble using your Windows 10 Desktop or Laptop and want some Quick Help or FAQs to resolve your problem...
Read more
PC

IDP.Generic : Everything You need to know about IDP.Generic Avast Warning

IDP.Generic Threat is common for people who use antivirus apps, Especially Avast Antivirus. While Using the Antivirus app you might have received a warning...
Read more

Stay on op - Ge the daily news in your inbox